Area Fada, popularly called Charley Boy has proposed marriage again to his wife, Lady D, making it the 4th time he is proposing to her.


Charley has been married to Lady D for 45 years but has decided to marry her again.


So, when the two went to shop in a mall fully packed with shoppers, he took the opportunity, grabbed a microphone, went on his knees, brought out a ring and proposed to his wife again.


The wife gladly accepted amidst laughter.


The onlooking shoppers had no choice but to cheer the couple as they took out their phones to capture the lovely moment. 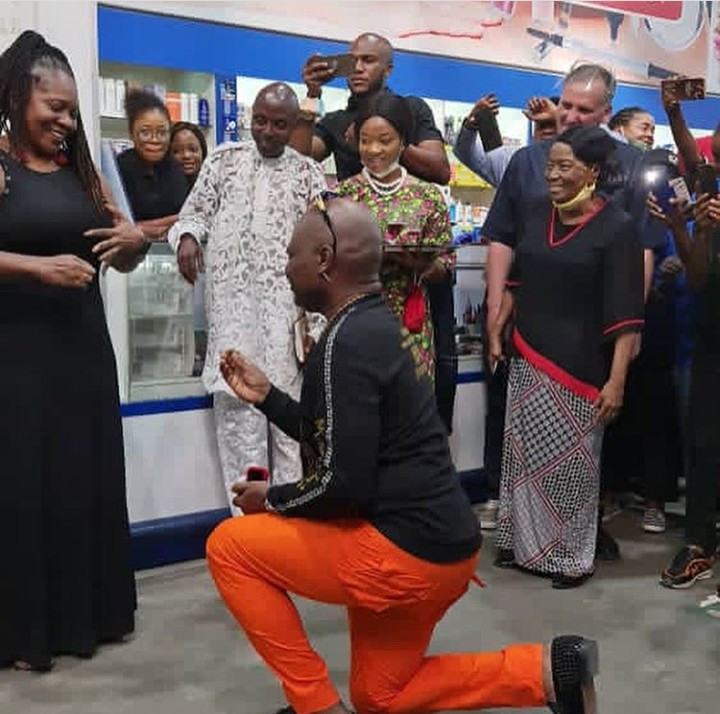