Popular Nigerian Pastor has been disgraced as he has been stripped naked and paraded on the street after he was caught red-handed pants down with another married woman.


This preacher booked lodging in a shopping center which was a few meters from his church to have intimacy with this married church member of his but thing did not go as he planed.


Just when he was about to start quenching his thirst, the cheating woman’s husband, who was tailing them right from the onset after he was given a tip, stormed the lodge with his guys.


The pastor whose name has been withheld was stripped to his underwear and forced to walk on the streets holding his church banner. 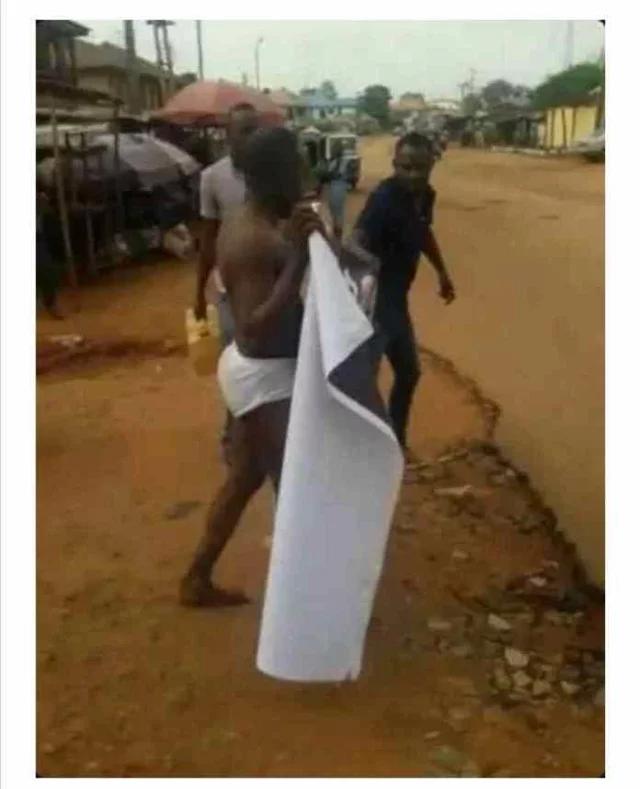 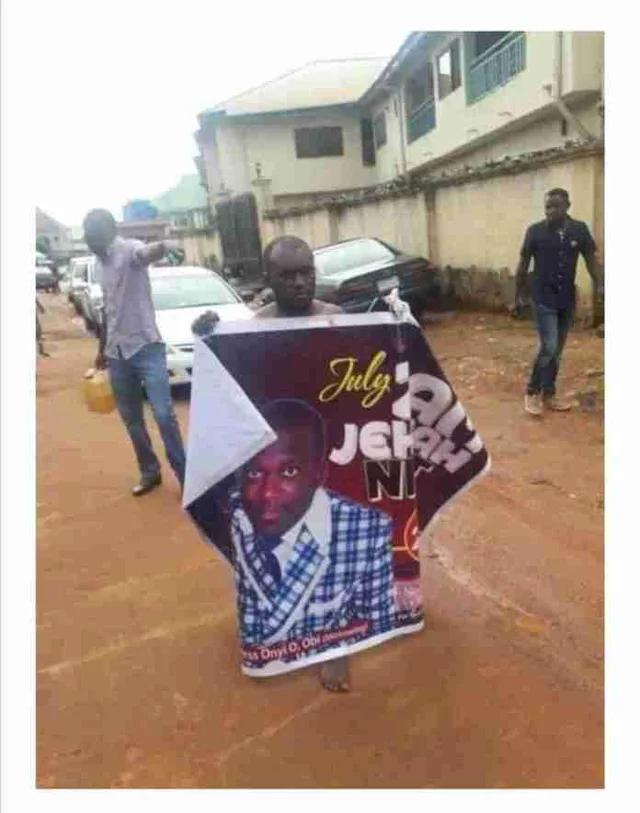